Proton is good. Backed by Valve Software, Proton builds on existing F/OSS projects like Wine and DXVK to provide Linux support for video games. Performance can be quite good; I’ve heard Proton out-performs poorly optimized native ports in some cases.

Valve provides beta support for a small selection of titles. Less formal support is available for a larger set of titles through the “Steam Play->Enable Steam Play for all other titles” option in the Settings dialog. 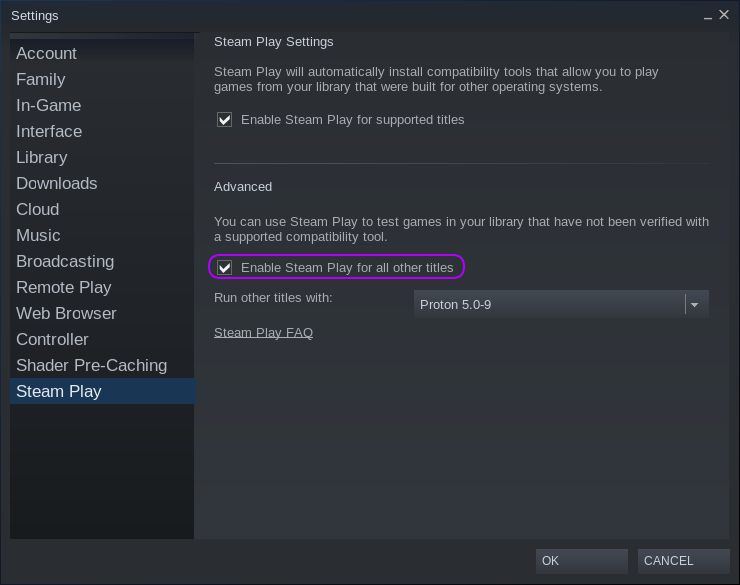 Steam downloads the Windows version of a Proton-enabled app, but still stores files in the familiar ~/.steam/steam/steamapps/common/[appname] directory. On first launch, Proton provisions a Wine prefix (created in ~/.steam/steam/steamapps/compatdata/[appid] by default) that holds pertinent state data and a basic Windows filesystem in $WINEPREFIX/pfx/drive_c. This filesystem is presented to the app as its root Windows filesystem. Save games are usually stored in the prefix as well, making save game import complicated.

Windows applications frequently have additional dependencies like the Visual C++ Runtime Redistributables, and apps may require specific workarounds to run well in Wine environments. Many of these concerns are managed by the app’s install script (usually ~/.steam/steam/steamapps/common/[appname]/installscript.vdf), but ~/.steam/steam/legacycompat/iscriptevaluator.exe also runs inside the Wine environment during initial provisioning and appears to manage Proton-specific dependencies and tweaks.

Games don’t launch with Proton support, but official Proton releases aren’t built for tinkering; community-sourced forks of the Proton project have flourished as a result. Glorious Eggroll is one popular fork that contains bleeding-edge app compatibility fixes, quality-of-life improvements, and a few workarounds that Valve doesn’t enable for legal reasons.

New apps generally don’t work out-of-the-box; a bit of sleuthing is usually required to identify workarounds and missing dependencies. The Proton log is the first point of consult; this log can be enabled per-app or by launching Steam with PROTON_LOG=1 in the environment (just be sure to close all open instances of Steam; the app’s environment is derived from the environment in which Steam initially launches). I prefer the CLI, so I use something like this:

Once an app issue has been root-caused, protonfixes (available as part of Proton-GE) is a handy framework for applying a fix. protonfixes relies heavily on the protontricks wrapper for Winetricks, so common workarounds are generally available as Winetricks verbs. For example, if my fun new game requires the VC++ 2015 redistributable, I would use this in ~/.config/protonfixes/localfixes/[appid].py:

Proton is mature enough to support apps outside of Steam, though setup is a bit more complicated. I prefer the CLI for such cases; Steam’s builtin “Add a Non-Steam Game to My Library” tends to obscure important details.

When Proton is launched from the command line, one must provide the STEAM_COMPAT_DATA_PATH env var and the SteamGameId env var must be set for Proton logging to function correctly. The game ID will necessarily be fake; pick whatever suits you. For example, to run a hypothetical FunGame’s installer:

Then, with the game installed:

Crafting a compatibility recipe requires some familiarity with Windows workloads and their requirements, but in general:

I opted for the DRM-free version of Wasteland 3 so I could exercise Proton’s advanced features: 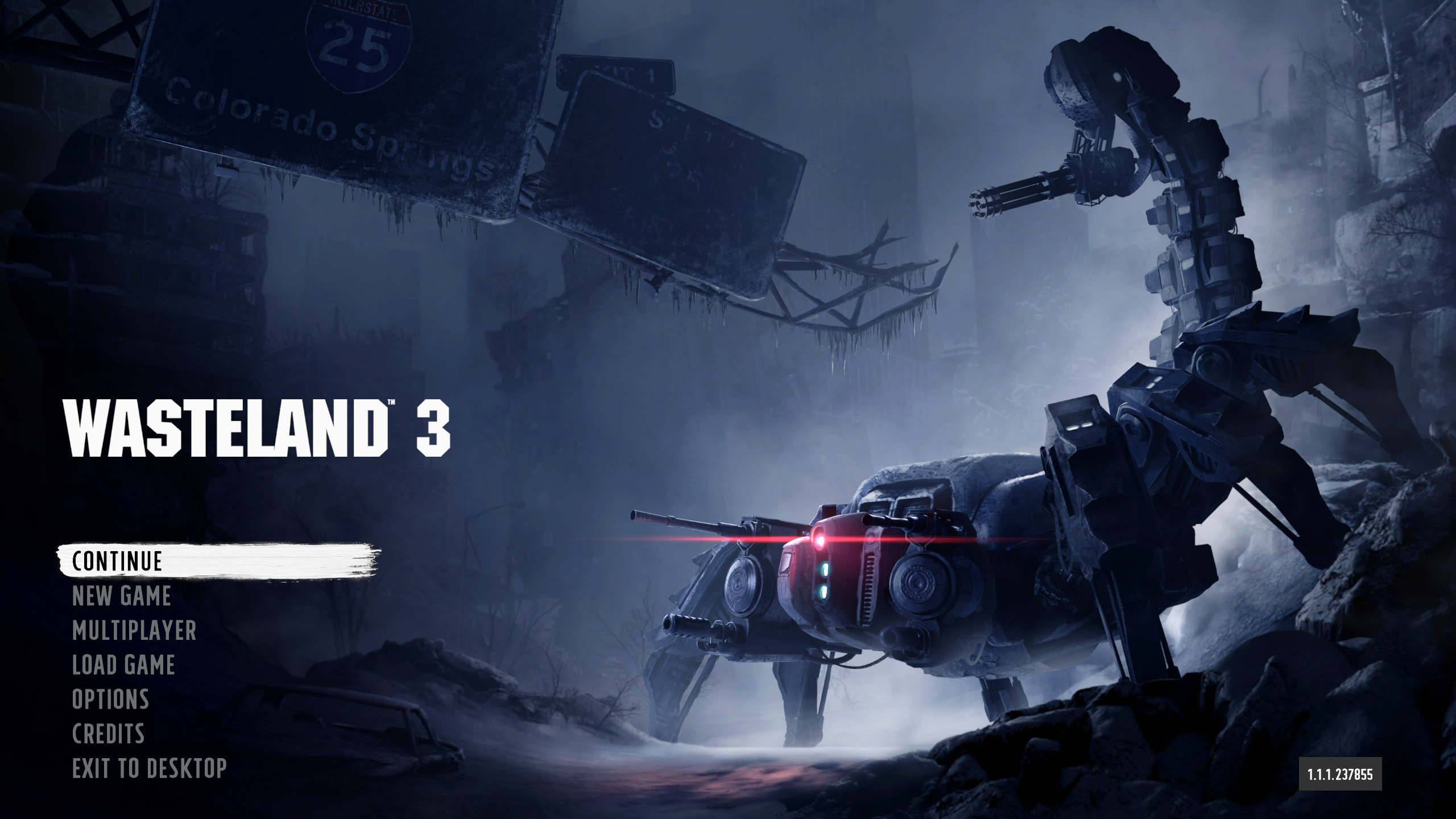 As of this writing, Wasteland 3 will eventually terminate with an error, “eventfd: Too many open files” (observed while launching the game directly). The existing workaround hasn’t worked around the issue.